By DJ Young on February 10, 2019 in Books, Dad Stories, Finding Significance as a Father

Finding Significance as a Father – Understand Your Generational Value

If—statistically speaking—it is better to have a Dad in the home; does it follow that this man will find significance as a father? Not necessarily. Many factors come into play defining his significance and the contributions he makes in his role.

What is significance? The dictionary defines it as “the quality of being important.” Synonyms in the Thesaurus are “meaning” and “importance.” What is meaningful and important, however, is in the eye of the beholder. How, then, can a Dad find significance in being a father to his children? What can he use as a measuring stick, a scale or a test to measure his value and give him a sense of significance, meaning, and importance?

His frame of reference must have these qualities:

So, how does a Dad find significance
in being a father to his children?

Significance defined on a personal, private and profound level.

I am the Dad of five adult children. Many times I have been reminded that Moms can turn to a lot of resources, which Dads don’t have. Moms can even participate in programs when things are going well for them while Dads often reach out only after a problem can’t be resolved, such as a divorce, a problem teen, inadequate finances, or the proverbial asking for directions on a trip.

There is a “we” to being a mother, a sense of community with other mothers. Not so with Dads. In thirty-eight years of being a Dad, I have never seen a DOPS (Dads of Preschoolers) program offered. I have never heard of another Dad who belonged to a support group of any sort. Dads are pretty much on their own. With stay-at-home-Dads more prevalent, there may be some programs for Dads today. But I wonder whether this current cultural phenomenon gives Dads universally a sense of “we.”

You may like to read more about
finding Significance as a Father.
Check out this book on Amazon.

D. J. is a full-time writer and conference speaker with a passion for encouraging men in their God-given role as “Dad”.
View all posts by DJ Young →

A New Mission for Our Retirement 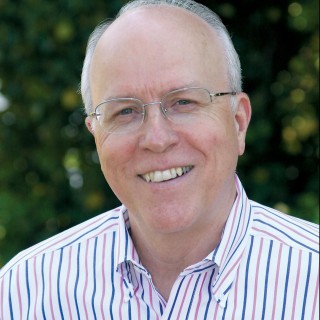 D. J. is a full-time writer and conference speaker with a passion for encouraging men in their God-given role as “Dad”.